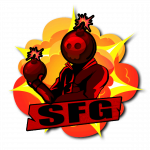 You're on the edge of your seat trembling, you're probably sweating, your hand is wrapped tightly around the mouse or controller in a white-knuckled grip. This is how you feel after every fight in DOOM: Eternal.

After two levels of playing on the ‘Ultra-Violence’ difficulty, I wanted to turn the game off and go to sleep. I want to wholeheartedly let you know, this wasn’t because I was bored, or “done” with the game in a fit of rage quitting – no. It was simply because this game, this ballet of gore, guns, and demons was exhausting in the most intense, amazing, and skill-based way.

DOOM: Eternal is the sequel to DOOM 2016. It takes the simple yet effective gameplay loop of DOOM 2016, throws in some modifications, adds a few gameplay elements, and cranks the game dial up to 20 for insanity.
Much like the original DOOM 2, Hell has invaded earth, demons have completely obliterated most of the earth’s defenses, and it’s up to one single man to stop them. Yes, the Doomslayer is back (though it’s glossed over just HOW he got back after DOOM 2016’s ending) and he’s
got plenty of rage, fury, and one hell of a bone to pick with the demons as well as the new antagonists, the Makyrs.

The storyline, of course, is usually secondary to all the ripping and tearing, but Id Software went
and fleshed out the worlds, creatures, and the Doomslayer himself to great effect in my opinion.
There are tons of lore on the different characters, places, and creatures you face throughout the huge
ever-expanding universe. Not to mention all the collectible toys, albums, praetor suit points, runes, weapon upgrades, cheats, and lore entries you can find hidden throughout the game’s levels. All of which encourages, but doesn’t force you to explore them.

Our first stop on our tour: the gameplay. DOOM 2016 had the Doomslayer running, gunning, vaulting, and ledge grabbing to avoid getting torn apart by the denizens of Hell in arenas placed throughout the levels. The traversal required you to be spot on in the movement; one misstep
and a whole chunk of your health and armor are gone in a few seconds as the swarms of enemies engulf you. In Eternal; movement options are expanded upon with pole swinging, dashing, limited wall climbing, as well as the ever so awesome Meat Hook, which is attached to the Super Shotgun. This novel addition allows you to launch the hook
out from the Super Shotgun to impale a demon with it, which then launches you to the demon to allow you a quick getaway or to perform a quick kill as you get up close and personal. These
open up new opportunities for traversal over the much larger arenas present in Eternal. Ultimately providing you with new ways to get in close and utterly obliterate your enemies.
Now, I never thought I’d say this for a DOOM game, but resource management is key. Compared to previous games in the
series, the Doomslayer can’t carry hoards of ammo. Not only that, but health, ammo, and armor pickups are in short supply within the levels themselves. So it’s up to you to keep an eye on these supplies to stay alive and in the fight. Need health? Stagger an enemy and go in for a glory kill to get that much-needed boost. Need ammo? Grab that chainsaw, carve a demon up (just make sure to have enough fuel) and watch the ammo shower out, free for the picking. Need armor? Just use
the newest weapon in the Doomslayer’s arsenal: The Flame Belcher, which ignites baddies in a violent fiery tempest, and every time you shoot them, armor pops out like a fountain.
One good trick is to use the Belcher on a group of enemies, followed immediately by the grenade launcher, where you’ll see a stream of armor plates explode out, giving you an insane amount of armor
to top you up. It’s these management aspects of the game that increase the tension and urgency pushing the gameplay to the next level, especially on the tougher difficulties.
You have to get in close to your enemies to perform each of these moves, and if you’re not careful, you’ll be manhandled in the most disturbing way.

From here, we move onto the visuals. The levels, demons, and even the sky boxes are all amazingly rendered. Everything looks immaculate, from the animations and post-processing effects to the volumetric lighting. The environments all look unique in and of themselves, all
crafted with a theme and different color palette in mind.
The levels were expertly crafted in a way to encourage platforming and free-flowing movement while engaging enemies. One caveat
I did encounter is that when fighting in these awesome arenas, sometimes I would get stuck on a corner or a part of a pillar that stuck out and jutted out onto the ground, just for a second, but
that second is more than enough for enemies to catch up and bash your face in as you try to escape. This sometimes led to frustration and death for the Doomslayer.

The sound is equally impressive, with explosions, demonic growls, and gunfire all coming together to create an atmosphere of chaos, unbridled bedlam, and pure craziness. The weapons
all have that weighty sound to them, that punch-packing oomph that’s always been part of the traditional weapons in the DOOM series.
To top it all off we have the music! Oh the music! Mick Gordon has
done it again, upping the ante and unleashing even more frantic, fast-paced, busy as hell songs that pump you up and make you move, both in-game AND in your seat.
I found myself swaying back and forth to the music and banging my head along with it. The music just FITS with everything going on in-game. They are seriously some of the most blood-pumping songs I’ve heard ever experienced in a game. Notable standouts include the Gladiator boss fight and the Super Gore Nest songs.

All in all, DOOM: Eternal is an astounding, nonstop, in your face, difficult and satisfying game. It improves upon DOOM 2016 in almost every way and takes you on a VIP tour of Hell, Heaven, and everything in between.

Do NOT pass this game up, it’s one hell of an enjoyable ride!

This website uses cookies to improve your experience while you navigate through the website. Out of these, the cookies that are categorized as necessary are stored on your browser as they are essential for the working of basic functionalities of the website. We also use third-party cookies that help us analyze and understand how you use this website. These cookies will be stored in your browser only with your consent. You also have the option to opt-out of these cookies. But opting out of some of these cookies may affect your browsing experience.
Necessary Always Enabled
Necessary cookies are absolutely essential for the website to function properly. This category only includes cookies that ensures basic functionalities and security features of the website. These cookies do not store any personal information.
Non-necessary
Any cookies that may not be particularly necessary for the website to function and is used specifically to collect user personal data via analytics, ads, other embedded contents are termed as non-necessary cookies. It is mandatory to procure user consent prior to running these cookies on your website.
SAVE & ACCEPT